​Liverpool will discuss a new contract with Virgil van Dijk in the summer in a bid to ensure the Dutchman's long-term future remains at Anfield.

Van Dijk is now widely regarded as the best central defender in world football, after leading Liverpool to Champions League glory last campaign and within touching distance of a maiden Premier League crown this term.

Arriving for £75m in January 2018, a second-placed finish in the 2019 Ballon d'Or rankings saw the 28-year-old's stock rise even further. Given the levels of success Van Dijk has already achieved at Anfield, audacious claims arose that ​Juventus would look to capitalise on the Dutchman's success and offer him a new challenge in Serie A.

In response to the rumours linking Van Dijk with Juventus, Pearce insisted the centre-back is 'very happy' at the club. 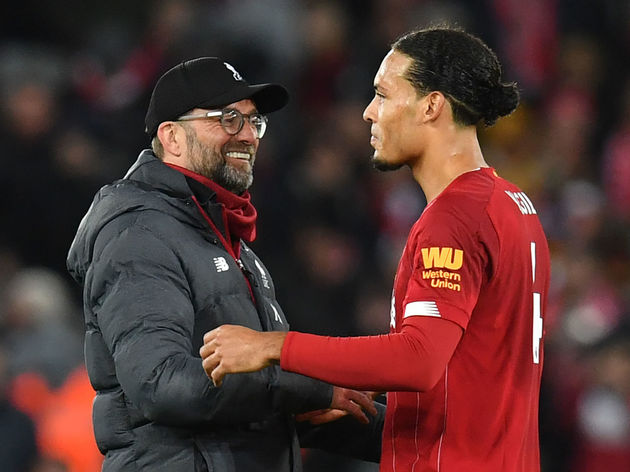 His current deal expires in the summer of 2023, so as Pearce mentions the club are in no rush to enter contract negotiations just yet, although he does state that talks may begin even before the end of the season.

Earning a weekly salary of £125k, 90min revealed ​as far back as August that when Van Dijk does put pen to paper on a new deal it will see him earn double his current wages. While he is yet to sign that contract, there is little doubt that any issues will arise as the defender continues to cement his place as the finest defender on the planet.