Wayne Rooney has surprisingly backed Liverpool to go on and claim their first ever Premier League title this season.

Liverpool currently sit top of the league heading into the international break, having won all eight games so far this season as part of a 17 game winning run in the league. After narrowly missing out on the title last term, the Reds will be looking to push on further and finally claim that maiden title.

Ahead of Manchester City’s game against Wolves on Sunday afternoon, Liverpool currently sit eight points ahead of the Blues. 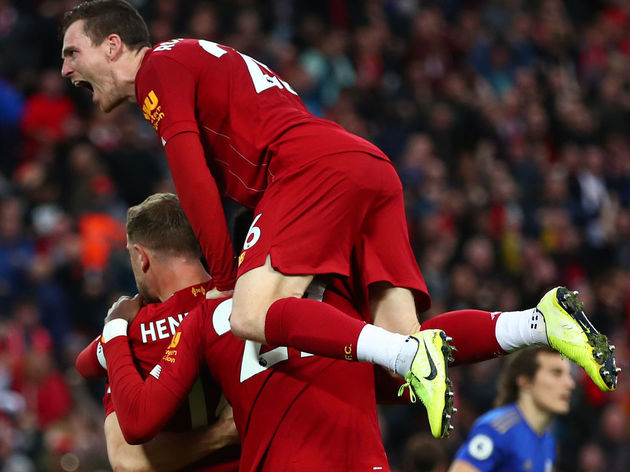 ​Despite spending most of his career playing for two of the Reds' bitter rivals - Everton and Manchester United - Rooney has admitted Liverpool look even better than last season.

As quoted by ​HITC, when speaking to boxing YouTube channel IFL TV at Gennady Golovkin’s fight on Saturday night, Rooney claimed: “In my opinion, Liverpool look the strongest. City are a fantastic team. I think Liverpool have improved on last year, whereas City have stayed at that level of great consistency, so I think Liverpool.”

As a boyhood Everton fan, it would have been difficult for Rooney to admit being impressed with how Liverpool have been going about their business this season. With a potential lack of depth in Liverpool’s squad, especially outside their front three, an injury could certainly change things.

After the international break, ​Liverpool face ​Manchester United at Old Trafford. A game which in recent years would be difficult to call but so far this season, with United struggling and the Reds flying, it is hard to see anything else but a comfortable Liverpool win.