Why Neutrals Should Want Liverpool to Win the Premier League This Season, Seriously

​Look, if you're a Manchester City fan this article obviously isn't for you.

You'll probably be hoping for some Steven Gerrard-esque slip literal or metaphorical from Liverpool in the next few weeks, which will gently guide the league title back in your direction. Fair play to you.

But if you are not a Man City fan, here is why you really should want Liverpool to want the league. And yes, that goes for everyone. Even Everton and Manchester United supporters. It seems pretty clear that an awful lot of neutral fans are desperate for ​Liverpool to lose their grip at the top of the league and ultimately miss out on the English game's biggest domestic prize.

And I do get it, the Reds have never won the Premier League before. That is inherently quite funny.

I also accept that their fans might become unbearable if they were to pull it off - but then again, few football supporters are humble in victory in these days of molten hot Twitter takes and social media one-upmanship.

When you concede first and your unbeaten status is under threat...

But then go on and thrash your opponents!  pic.twitter.com/EElr6d0sgo

Regardless of all that deep well of 'banter', as a neutral fan of the Premier League​Manchester City will not

If Guardiola wins the league with City this season it could very well start a monopoly the Premier League hasn't seen since the days of Sir Alex Ferguson. It'll be back-to-back titles for his first time in England and we've seen the Catalan pull that kind of thing before overseas.

At both of his previous clubs, ​Barcelona and ​Bayern Munich, Pep won three consecutive league trophies and all the hard Brexit in the world isn't going to stop him doing that in Blighty too.

Mind games? Or just a lot of respect? 廊 pic.twitter.com/caOtwwcQ41

But less about City, and more about you (and me). I'll tell you secret: I'm an ​Arsenal fan. And just like you, probably, I'm none too pleased about Liverpool's recent upturn in fortune. I yearn for the days when Stewart Downing would whip in wayward crosses for Andy Carroll to swing his ponytail at in vain before crumpling in a heap of perma-injured limbs, as they regularly failed to make the Europa League spots, let alone the Champions League ones. But things change. That's football. That's life.

And that should give you hope. Seriously, i 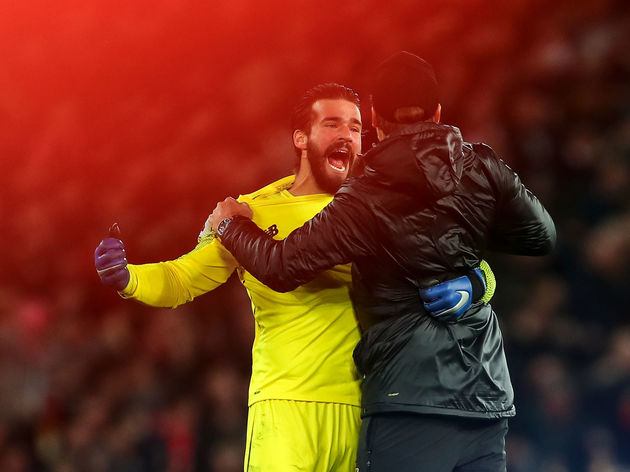 Such a wealth of talent in both sides this evening! 螺

With less than half an hour to go until kick off, which way do you see this one going?#MCILIV pic.twitter.com/VeQJSbMbr8

I'm loathe to go into the crassness of the whole money thing, because what top club these days aren't owned by shady billionaires with questionable links to their wealth? But look, 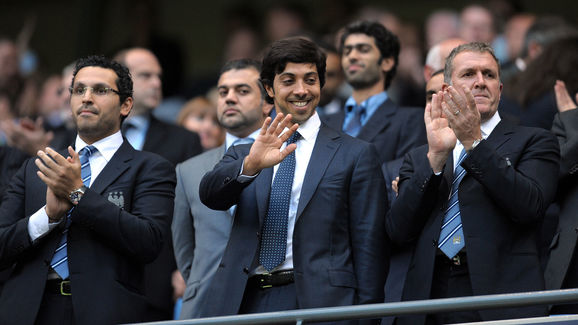 Ultimately, there should be enough reasons there to make you want Liverpool to win the league this season. But, if in spite of it all, you would still rather Manchester City come out on top, fair play to you - you must really hate the Reds.

Just consider this though. The Premier League is the game's hardest division. For it to remain that way it should be won by the team who prepare the best, work the hardest, and play unparalleled football. No one team should be allowed to have a monopoly on those qualities - least not if they claimed them with financial power.

At the end of the day, City's repeated success would call into question the Premier League's integrity and wouldn't that be worse than a some unbearable guff from a few oddballs on Twitter with Xherdan Shaqiri avatars for a few months?