Former Liverpool midfielder - and perhaps the coolest man in football - Xabi Alonso has opened up on the sacrifices he made at the club in order to get the best out of captain Steven Gerrard.

The current generation of Reds are 25 points clear at top of the now-postponed Premier League, yet few could argue that the Kop has seen a better central midfield duo in the last 30 years than Alonso and Gerrard.

But despite playing together for five years, winning the Champions League and FA Cup in that time, the dynamic duo never really came close to mounting a Premier League title challenge with the club. 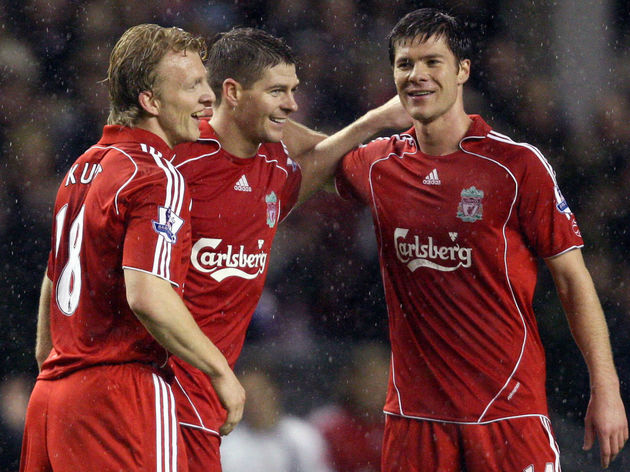 While Gerrard often stole the limelight, and rightly so, the man who partnered him between 2004 and 2009 on Merseyside deserves a fair share of the credit, and he's now revealed in an interview with The Coaches' Voice what sacrifices he made to bring the best out of his skipper, even though he was a world class player in his own right.

"If I used to play next to Stevie (Gerrard) with another player in the hole, I knew I had to be positional and he was going to make the offensive runs and the triangle would be the other way around."

Alonso continued by highlighting the importance of creating space, citing a player's reading of the game as a determining factor of how good they could be.

"If I was getting close, I was attracting players so we could play it straight up to Stevie in space," Alonso added. "He could get the ball and make the run, action or last pass to Torres.

"It was all about the space and who was the free man. If I am the free man and the man comes to me, I won't be free but [Stevie] will be free.

“That reading of the game is important. Where is the space and who is the free player. That is the game understanding and intelligence of the great players." For such a gifted footballer to be willing to sacrifice his own game for the benefit of the team says a lot about Alonso's humility as well as Gerrard's brilliance.

The crying shame for the Premier League, Liverpool and their number eight, was that Alonso's time on these shores was altogether too brief. Fans can only imagine the success they might have witnessed had he stayed.

But, as is the case for many Spaniards, you don't turn down Real Madrid.