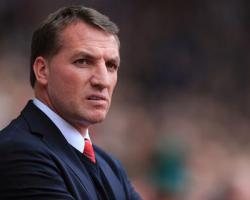 Liverpool 0-2 Chelsea: Match Report - view commentary, squad, and statistics of the game as it happened.Gerrard blunder hits Reds' hopesChelsea manager Jose Mourinho got his tactics spot on to punch a huge dent in Liverpool's title dreams at Anfield and keep alive the Stamford Bridge side's hopes of an unlikely double with a 2-0 win.In a battle between a home side committed to attack and visitors intent only on defending, the latter triumphed, which may not have made for a good spectacle, but Chelsea - and Manchester City - were not complaining.Much has been made of this being the season when Reds captain Steven Gerrard ends his long wait for a championship medal, so it was cruel that his mistake led to Demba's Ba crucial opening goal in first-half injury time - only added on because of the visitors' persistent time-wasting

Substitute Willian scored a breakaway second in the final seconds.While victory took Chelsea within two points of their rivals at the top of the table, the ones to really benefit were third-placed City, still with a match in hand on both the teams above them.The Champions League is still be the primary objective for the Londoners and to that end they fielded a slightly weaker side

It showed seven changes from the midweek goalless semi-final first-leg draw at Atletico Madrid, but it still boasted more than 500 international caps with an entire squad value of about B#200million.Tomas Kalas, with just two minutes' action in two different competitions this season, made his Barclays Premier League debut at centre-back and surrounded as he was by massed ranks of blue shirts he coped well.In January Mourinho criticised West Ham for playing a game from the "19th century", but the Portuguese brought to Merseyside his own unique brand of defensive football - and then some - as they slowed the game at every opportunity.Not only were the visitors happy to defend throughout, they almost actively engaged in not wanting to play the ball anywhere on the pitch, with players frequently looking to run into the corners.In time-wasting and breaking up play Chelsea denied their opponents any opportunity to establish the sort of rhythm which has regularly blown away teams in the first half.They even went as far as going to take throw-ins and free-kicks before suddenly changing their minds and getting another team-mate to leisurely wander over to have a go instead.It was a classic Mourinho destruction and frustration ploy and infuriated Liverpool so much Gerrard engaged in a bit of push and shove with the Chelsea boss in trying to get the ball back into play and Suarez stood to applaud goalkeeper Mark Schwarzer's time-wasting.Referee Martin Atkinson made a big show of pointing to his watch, intimating he was adding on time, but he did not take decisive action in actually booking anyone until stoppage time.But Mourinho will argue the ends more than justified the means against a side which had won their last 11 league matches and dropped just five points at Anfield all season.That Ashley Cole had an early shot parried away by goalkeeper Simon Mignolet was almost surprising considering how much possession and territory Chelsea were happy to concede.A rehearsed corner saw Glen Johnson's shot deflected behind and Philippe Coutinho volleyed Suarez's cross into the side-netting before Cole cleared off the line from team-mate John Obi Mikel's deflection and Mamadou Sakho blazed over from the breakdown.Chelsea's mindset was exemplified when Andre Schurrle found himself one-on-one with Martin Skrtel on the halfway line, but five seconds later the ball had been passed back to Schwarzer.Optimistic shouts for handball against Jon Flanagan were waved away, while, at the other end, Suarez failed to capitalise on Cole's mistake in giving away possession by curling a shot over.Ba was not as wasteful when Gerrard slipped in possession 10 yards inside his half to present the Senegal international with a free run on goal and he did well, considering how little of the ball he had seen, to finish expertly.If Liverpool were frustrated in the first half they knew they would face much more of the same after the break, but in addition they found Schwarzer in fine form as he produced a great save to keep out Joe Allen's first-time effort, although Mignolet's denial of Schurrle was equally as good.Gerrard tried his best to redress the balance, but twice found Schwarzer with shots from outside the area and once from a header inside it.For once, though, even the Reds' often inspirational captain could not get his side back into the game and even the return of striker Daniel Sturridge from a hamstring injury as a second-half substitute did not puncture a hole in Chelsea's thick blue line.Suarez had one last chance in added time, but Schwarzer punched over his volley.Instead the match ended with the familiar sight of a jubilant Mourinho running down the touchline to celebrate substitute Willian's breakaway goal