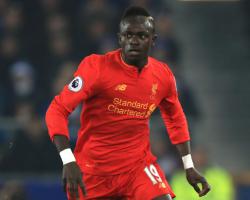 Liverpool manager Jurgen Klopp delivered on his promise of a big performance after a miserable week of results but Chelsea had the better night at Anfield.

The Premier League leaders left with a point, which could have been three had Diego Costa not missed a penalty, but results elsewhere improved their evening and the way Antonio Conte celebrated at the final whistle suggested he was delighted.

Arsenal's defeat by Watford and Tottenham's two dropped points at Sunderland meant even a 1-1 draw against Liverpool strengthened Chelsea's position at the top.

Chelsea's advantage is now nine points after David Luiz's free-kick was cancelled out by Georginio Wijnaldum's second-half header, while for Liverpool a fourth successive home defeat for only the second time in their history was avoided - and deservedly so.

The mood around Anfield has been in freefall, matching recent performances, but this fixture always gets the juices flowing and was the perfect antidote to some insipid displays.

Having taken an hour to produce a shot on target against Sky Bet Championship side Wolves at the weekend, there were only 12 minutes gone when Wijnaldum forced Thibaut Courtois to extend himself.

Liverpool enjoyed the vast majority of possession as they benefited from facing a team who, unlike most who come to Anfield, were not intent on shutting up shop.

But they did not do enough early on to test their visitors, who travelled without Branislav Ivanovic as he finalised a move to Zenit St Petersburg, and the sucker-punch duly came in the 24th minute.

Referee Mark Clattenburg awarded a debatable free-kick for Adam Lallana's challenge on Eden Hazard, but while Liverpool were still debating it Luiz needed no further encouragement.

Mignolet, trying to organise his defence, was not even looking at the centre-back when the ball was struck

Although it is unlikely he would have been able to stop the dipping shot that went in off the post, he needed to at least give himself a chance.

Soon afterwards, Liverpool's goalkeeper did manage to get a hand to Willian's free-kick which almost picked out Luiz having flown through a crowd of players.

The sight of substitute Sadio Mane, back from the African Nations Cup just over 24 hours earlier, sitting on the bench with an ice pack on his left knee was not what Liverpool needed.

But the hosts' start to the second half was more like what was required, with a good move involving Wijnaldum, Lallana and Clyne spoiled by Roberto Firmino rushing his first-time shot and scooping it over.

Victor Moses had a chance to put the result to bed moments later after James Milner's half-tackle but this time the post was not of any assistance to Chelsea.

Then it was Conte's side who were made to pay as Jordan Henderson's ball to the far post caught Moses napping and Milner headed back across goal for Wijnaldum to head in from six yards.

Mane's arrival off the bench ramped up expectation levels for home fans, but before he could get into the game they had a major escape

Joel Matip brought down Diego Costa, only for Mignolet to redeem himself with a good low penalty save to his right from the Spain international.

Firmino had the chance to snatch a win in added-time but planted his header straight at Courtois.

Liverpool's season may be back up and running but Chelsea still appear to be running away with the title.